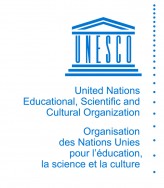 International and Intergovernmental Legal Experience: Chief of the International Standards Section at UNESCO (2002-2008)

Responsible for managing and implementing worldwide five multilateral UNESCO treaties on the protection of art and cultural property, in particular:

1) the 1954 Convention, and its two 1954 and 1999 Protocols, on the Protection of Cultural Property in the event of Armed Conflict

2) the 1970 Convention on the Means of Prohibiting and Preventing the Illicit Import, Export and Transfer of Ownership of Cultural Property

Key issues (currently for 50 States Parties): law of the sea, maritime law, salvage law, law of finds, protection of the underwater cultural heritage anywhere on the seabed, protection in situ, research and exploitation of shipwrecks